Impact claim: how can you be sure you cause the change? 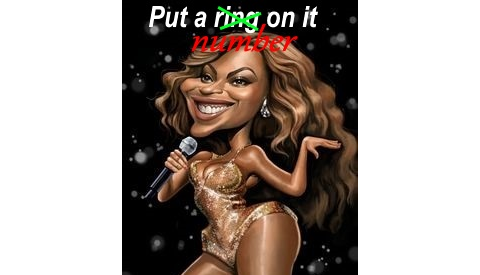 Everyone is talking impact nowadays. Organisations can’t get away anymore with just reporting about a few outputs, such as the number of people they have reached or the number of schools they have built. Nowadays, they also need to understand, report about and be accountable for the change (both positive and negative) that is created by their activities. Did the intervention actually make a lasting difference in people’s lives? Since such results generally only occur after a longer period of time, sometimes even years after a programme or intervention was initiated, measuring impact can be challenging. Especially determining to what extent your intervention contributed to the change may be a tough task. How much of the results can you claim? And how do you calculate your impact claim?

Impact is an estimation of the proportion of the outcome that is caused by a intervention, programme, project or investment. Establishing impact is important as it reduces the risk of over-claiming, and contributes to the credibility of your story. There are several components you should consider in order to establish your impact:

Attribution is an assessment of how much of the outcome was caused by the contribution of other organisations or people. Attribution is calculated as a percentage (the proportion of the outcome that is attributable to your organisation). It is never possible to get a completely accurate assessment of attribution. This stage is about being aware that your activity may not be the only one contributing to the change observed and checking that you have included all relevant stakeholders.

Deadweight, calculated as a percentage, is a measure of the amount of outcome that would have happened even if the activity had not taken place. The deadweight percentage is deducted from the total quantity of the outcome. As the percentage increases, your contribution to the outcome declines. To calculate deadweight, reference is typically made to comparison groups or benchmarks (sometimes referred to as the counterfactual). In an ideal situation, one would compare two identical populations, the only difference between these groups being that one was effected by the intervention and the other not. In reality, however, such perfect conditions are scarce and deadweight percentages are therefore usually an estimate.

Drop-off is the amount of outcome that will be influenced by other factors in future years, resulting in a lower attribution to your organization over time. Drop-off is usually calculated by deducting a fixed percentage from the remaining level of outcome at the end of each year. In the long run, you will need to have a management system that enables you to measure this on-going value more accurately.

Displacement is an assessment of how much of the outcome displaced other outcomes. For example: by reducing crime rates in neighborhood A, crime rates may actually increase in neighborhood B. In this scenario, crime has been displaced instead of reduced. Therefore, it would be incorrect to claim that your intervention has reduced crime, as it in fact has only displaced it. It does not apply in every SROI analysis, but it is important to be aware of the possibility that displacement takes place. If you think it is relevant and your activities are displacing outcomes, you could introduce a new stakeholder or estimate the percentage of your outcomes that are double-counted.

It is clear that over-claiming your impact should be avoided at any cost, since it may significantly reduce your overall credibility. Keeping in mind the points mentioned above may already be a great start to assess the impact you create. Determining the impact claim of programs and interventions is rapidly becoming more important, and even more ‘scientific’ approaches to do so are currently being developed. Have a look at the ‘Contribution Tracing’ (CT) approach developed by Barbara Befani and Gavin Stedman-Bryce for example.