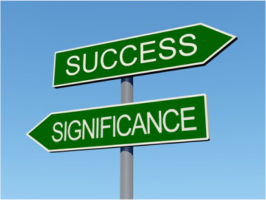 Currently there are $7 trillion in assets held by the wealthiest 1,000 people in the world. An increasing number of “High Net Worth Individuals” (HNWI) are giving a way (parts) of their fortune to philanthropy. This trend was boosted by The Giving Pledge, an initiative from Bill Gates and Warren Buffet in which 137 HNWI have already commited to give more than half of their wealth to philanthropy or charitable causes during their lifetime or in their will. A good example is the Saudi Arabian billionaire Prince Alwaleed bin Talal, who has recently announced to give away his entire $32 billion fortune to philanthropy!

Although this is a great movement, there is little to no evidence of the social impact of these donations, e.g. have they eradicated, eliminated or exterminated a specific social issue? That’s why – instead of The Giving Pledge – we support the idea of The Impact Pledge (an idea from Peter Diamandis) in which today’s billionaires commit to truly creating a sustainable change in society (e.g. to expand access to clean water or wipe out hunger in a specific country). It’s exactly what Bill Gates is doing with his foundation to fight diseases such as polio and malaria. We believe an Impact Pledge inspires accountability and the structural measuring of social impact where the Giving Pledge is more about recognition and reputation, not effectiveness.

Although the concepts and importance of social impact measurement have been buzzing all over the philanthropic world for a while now, there is still much debate about how social impact should be measured (presumably due to the complexity of the concept). As a result, many foundations have developed their own frameworks for measuring social impact. As did the European Venture Philanthropy Association (EVPA): in cooperation with their members, universities and consultants (including Sinzer) the EVPA developed a 5-step approach to impact measurement: step 1: setting objectives; step 2: analysing stakeholders; step 3: measuring results – output, outcome and impact indicators, step 4: verifying and valuing impact and step 5: monitoring and reporting.

In the EVPA industry survey between 70% and 90% of the respondents used each step. When it comes to measure results, 87% of the respondents claim to measure outcome indicators and 85% measures also outputs indicators (such as “the number of people reached”). Additionally, since 2011 there has been an increase in percentage of respondents that attempt to measure impact (which requires an assessment of attribution): 70% of the survey respondents claim to be using impact measurements, an increase of 10% to the survey results in 2011. However, social impact measurement still occurs less frequently (generally once per year) than financial performance management (generally on a quarterly basis).

Imagine a Forbes 500 Impact List, where spending a billion on curing cancer or illiteracy could elevate your ranking from #19 up to #3, based on results obtained through proper social impact measurement. It will transform success into significance. Such an incentive could drastically increase the urgency to start measuring your social impact.

Would you like to start measuring social impact of your donations but you don’t know where to start? We developed a Guide for organisations in the philanthropic sector, with a concise and accessible overview of social impact measurement frameworks used in this sector. Download it by clicking the button below: