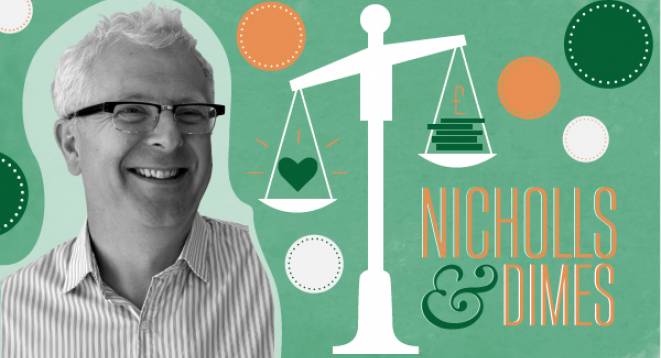 Being 'local' often makes sense. But if can't be the driver for social value, says Jeremy Nicholls in his latest blog.

The Social Value Act provides a real opportunity to increase the value being created for communities by public commissioning. But it comes with a couple of risks. One of the biggest risks is aligning local with social, where local is defined as the area that the commissioning body is responsible for. Seeking to ensure that commissioning maximises opportunities for local employment and for local businesses seems sensible enough on the face of it – but on reflection it is a dangerous simplification.

What’s local depends on your perspective. At one end it's the local shop at another it’s the EU. I’m a big fan of the European Union and think it would be a very big mistake for the UK to leave. Being part of a single market doesn’t just bring business opportunities and investment with other countries in the Union but also bring the benefits of trade negotiations led by the EU; for example, trade agreements with India and the US. All good economic stuff, but for me it is the connection with a wider community that is most important. Any of us who have benefited from the European Commision's Equal Initiative (part of the European Social Fund), offering opportunities to work with and learn from organisations all over Europe, developing understanding and networks, will recognise these relationships – and understand that local in the European Union means anywhere in the EU.

All of us who remember the local shop in Royston Vasey, and what happens to non-locals, will recognise the dangers of taking localism to its extreme. I wonder how many of us are in favour of staying in the single market but also in favour of commissioning decisions being weighted towards those that have direct economic benefits to organisations within the relevant area?

The economic benefits of a wider market seem harder to evidence when compared with the arguments for local jobs for local people, especially when those benefits arise from sharing ideas and information that leads to innovation and understanding. It is hard to argue in favour of the innovations that competitive and open markets bring because these are less direct outcomes. But if all commissioning bodies start focusing on local employment it is going to be at best a zero sum game. At worst it could increase pressure on people to move to areas where there is more demand so they become the right type of local and it would reduce social capital (which is a social value). To get away from the language of social this and social that I mean it would, for example, increase mistrust between communities as they hunker down in the face of austerity.

Don’t get me wrong. There are plenty of situations where local makes sense and will bring real benefits. But it can’t be a driver of social value. It must be the other way around. Thinking about social value will identify times where the value is about local service delivery. Social value will be a driver for local employment – just not always.

So the test should be the extent to which the organisations delivering services on behalf of public commissioners understand the value they are creating and destroying. How do they involve their stakeholders? How do they recognise and manage both positive and negative changes that result from the goods and services they provide? How do they consider the relative value of these different changes? How do they recognise that some of the change may happen anyway?

An organisation that can show how its goods and services are designed taking these questions into account and continually updating its designs accordingly will be more likely to create more social value than one that cannot. And it will be able to tell you how much value it creates; and sometimes that value will include the benefits of local employment.